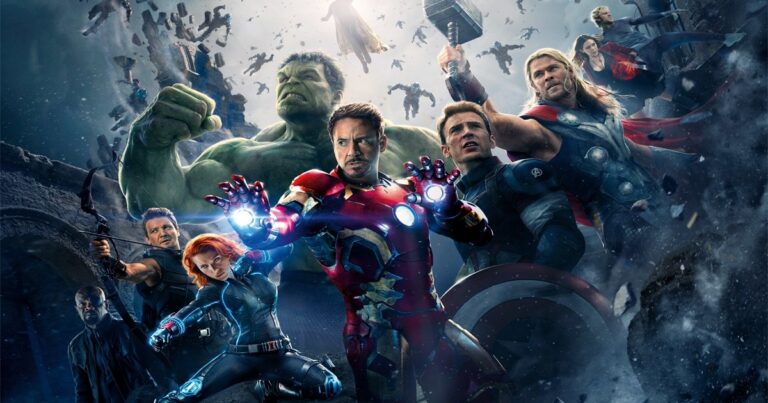 About to do the MCU movie marathon? Scroll down below all this text if you just want to see the list of MCU movies in the right order, with explanations, or, even quicker, see the table of contents list in the next paragraph! Otherwise, read on for some context in regard to the MCU timeline.

MCU Timeline Order: The Right Way to Watch Them

During the Coronavirus time, I binge-watched the entire Marvel Cinematic Universe (“MCU”) timeline catalogue. I researched the best way to watch all the MCU movies in the right order beforehand and now that I have watched them all, I wanted to publish my guide to the right way to watch the MCU films because some of the articles I found on the Internet were flat out wrong or not updated recently. To that end, this guide is current through Summer 2022, but I will be updating this guide as further MCU films are released.

How to watch MCU movies in timeline order?

The MCU timeline is essentially the Avengers’ story of the “The Infinity Stones Saga”, which were the MCU movies released between 2008-2019.

Powerful gems called “Infinity Stones” are the major plotline throughout the entire 2008-2019 cinematic universe, but generally, each movie has its own plotline focusing on different villains and adventures. Many of the same characters appear again in each MCU Infinity Stone Saga iteration. Each film builds on each other, further developing every character. In addition, each MCU movie has its own Easter Eggs that refer back to past films.

Why are the MCU structured in this order? I wanted to share with you the chronological order to watch the MCU movies, not the theatrical release order. Some MCU films take place earlier or later than others despite coming out to theatres after one another. To that effect, some of these MCU films are prequels you need to watch first even if they came out to theatres much later. For example, Captain Marvel came out in 2018 at the tail-end of the MCU series, but you should watch it second because it takes place second earliest and it tells the backstory of several important characters and such.

Be sure to watch the credits because each MCU film has various scenes that happen after the credits.

Where to watch the MCU movies: Almost every MCU film is on Disney Plus except for a handful of films which would then be on Netflix (because Disney Plus doesn’t have the rights to it… yet). Eventually, by 2022, all the MCU films will be on Disney Plus exclusively.

Captain America: The First Avenger, which is Captain America’s backstory movie, takes places in Word War II. Sort of the main bad guys in the MCU timeline, Hydra, are introduced in this film. Bucky is also introduced.

Iron Man, who is clearly the main Avenger and the most important character in the MCU, takes place in 2010.  This is the Iron Man backstory. This film made Robert Downey Jr. a huge star again.

Iron Man 2 takes place in the same year as Thor and The Incredible Hulk, but Iron Man 2 should be watched first because of certain Thor Easter Eggs I won’t spoil. Black Widow, among other Avengers, is introduced.

Thor introduces the titular character Thor and his brother Loki, who is another mainstay in the MCU.

The Incredible Hulk takes place roughly the same time as Iron Man 2 and Thor. This is the Hulk’s backstory. It is the only MCU movie you can skip (it isn’t very good, and the story doesn’t really come up again – all you have to know is the Hulk was made in an experiment gone wrong involving gamma energy, and that he has trouble controlling himself). Interestingly, Edward Norton played the Hulk in this film, but he was replaced by Mark Ruffalo in every other MCU movie.

The Avengers takes place in 2012. This film brings together Iron Man, the Hulk and Captain America and a few other important Avengers for the first time. Thanos is also introduced for the first time in the post-credits scene, sort of setting the stage for the main MCU Infinity Stones plotline that is consistent throughout the rest of the series.

Iron Man 3 develops Tony Stark as a person. Themes like power, hubris and failure set up the later MCU movies as the idea of a perfect superhero is exposed. The MCU starts to get a little more interesting as the MCU characters begin to battle self-conflict as well as the supervillains.

My wife liked this one the best. I think that if you like Game of Thrones, you will like Thor: Dark World. Still, Rotten Tomatoes reported this was the lowest-rated film in the MCU.

11. Guardians of the Galaxy

Peter Quill and his band of misfits are introduced into the MCU. This is the second film in the series to take place mostly in space. If you like sci-fi movies, huge movie stars, comedies and oldy music, you will love this one. The Guardians of the Galaxy are my favourite Avengers, especially Rocket, the Racoon.

The second Guardians of the Galaxy takes place soon after the first one despite being released three years later so be sure to watch them back-to-back. The theme of both films is: family. If you like space operas (e.g. Star Wars, Star Trek, etc.) then you will like these movies.

The Avengers return for their second movie. This time, the theme of what is a “superhero” is expanded upon, and the human side of the Avengers comes out. We will learn that the destruction caused by all these mega battles in all the MCU movies have everlasting consequences. Have you ever wondered what happens to a city after a massive battle takes places there? Find out by watching this one.

Ant-Man is sort of a romantic comedy superhero film. It’s a nice change of pace. It also introduces some important science that will be a bigger part of the whole MCU story later.

This is more or less an Avengers film (there’s a large ensemble cast) and it really starts to open up the Infinity Stone saga. We learn that, as the title says, the Avengers don’t always get along.

Doctor Strange introduces us to a more mystical adventure. If you like witches, sorcerers and magic, you will like Doctor Strange. We also get to learn more about the Infinity Stones, particularly the Time Stone.

The biggest coup Disney ever pulled off was getting the rights to put Spider-Man in the Avengers universe (if you didn’t know, the MCU universe is made by Disney). Although Sony owns the rights to Spider-Man, Sony and Disney worked out a deal to get arguably the most popular superhero of all time in the most popular movie series of all time. This film is sort of like a teen comedy and its a great breath of fresh air in this very long series.

Black Panther is my second favourite movie in the MCU series timeline. Michael B Jordan, the villain, is probably my favourite actor in the MCU despite there being like 100 AAA actors in the series. This film introduces us to a very interesting, future-world (Wakanda) that has some really cool tech. This movie had, easily, the best VFX so far in the MCU timeline at the time it was released. We get to learn about the special, super-strong metal in the MCU universe known as vibranium (not to be confused with unobtainium from the Avatar universe).

Thor: Ragnarok deals with brotherhood. Although this one is a comedy, and Jeff Goldblum as a villain is hilarious, the film is pretty deep. Further planets and characters are introduced into the MCU series, expanding on what is becoming a very universal timeline, not just an earthly timeline. The infinity war begins as soon as this one wraps up in the end credits scene. This is the beginning of the end of the MCU Infinity Stone saga.

This is the film that marks the final chapter in the MCU Infinity Stone saga timeline (aka the 2008-2019 decade). Thanos, who is alluded to throughout the series, finally gets the spotlight. Expect an appearance from many characters from the MCU series and tons of easter eggs. Every film so far has built up to this bad-boy. A theme in this film is the concept of a “team”, especially in that the Avengers won’t sacrifice their own.

Where does Ant-Man and the Wasp fit in the MCU timeline? This film takes place approximately the same time as Avengers Infinity War. Watch this one in between Infinity War and Avengers Endgame because you learn about certain tech that you need to know about to properly watch Avengers Endgame. In addition, the scene after the credits will help you understand why you watched this movie in between Avengers: Infinity War and Avengers: End Game.

This is the last film in the MCU Infinity Stones series. This is easily the best movie in the series and my favourite. It is a motion picture masterpiece. It is obviously the most expensive movie ever made (don’t fret for Disney –  this movie is the top box office film of all time). It is amazing how they wrote such a good story despite having at this point literally hundreds of characters (who may or may not make an appearance). The theme in this film is: sacrifice.

The next movies in the MCU

The following movies are the upcoming MCU movies that are not yet in theatres. I have no way in knowing in what years the next MCU movies take place, so I won’t speculate. Even a best guess could be wrong. Therefore, I will list the upcoming, unreleased MCU movies in order of theatrical release date:

25. Shang-Chi and the Legend of the Ten Rings

29. Doctor Strange in the Multiverse of Madness

32. Ant-Man and the Wasp: Quantumania

Who is the creator and producer of the MCU timeline/universe?

The Marvel Cinematic Universe was created by film executive Kevin Feige, who also produced each film. The actual Avenger characters were created by Stan Lee and Jack Kirby. Stan Lee makes an appearance in each film, although sadly he died right around the release of Captain Marvel.

What about the MCU timeline TV shows?

You absolutely do not need to watch all the MCU TV shows to enjoy the MCU movies. Basically, the TV shows are just side-stories of supporting characters. You might catch a few extra Easter Eggs though if you watch the MCU TV shows.

What order to watch the next films in the MCU?

We don’t know what order to watch the next MCU movies, and I won’t suggest anything because that would involve major spoilers from Avengers Endgame. However, once the next MCU movie comes out, I will update this article to put it in the right order.

All the upcoming MCU movies:

In July 2022, Disney first pushed back the release of the next MCU movies because of C-19.

In September 2022, Disney pushed back the next MCU movies again because of C-19.

On December 10, Disney provided an exciting update on the next phase (phase 4) of the MCU:

All of the images on this webpage are the copyright of their owners, not ours.

Finished watching all the MCU movies and are wondering what to do next? You need to head outside! Check out our guides: